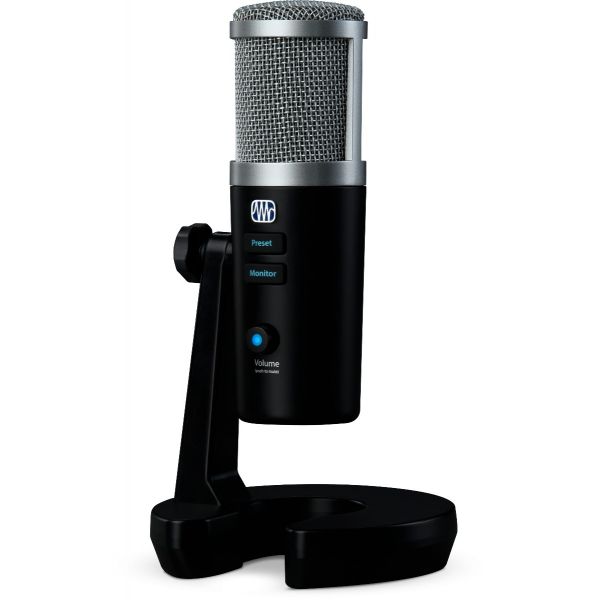 Be the first to review this product
EGP5,965.05
Professional USB microphone for streaming, podcasting, gaming, and more.
Availability: In stock
SKU
Revelator

Stand out from the crowd.

Revelator is the first USB microphone to deliver voice processing to polish your sound and an easy-to-use loopback mixer to bring in multiple sources from other software applications—all built into a studio-grade microphone that connects right to your computer, Chromebook, and iOS/iPadOS devices.

More than a USB microphone, Revelator features compressors and EQs modeled on world-class analog processors. An independent reverb bus lets you add just the right amount of shimmer to your sound, and two stereo loopback channels make it easy to add backing tracks and more. Revelator is the ultimate microphone for streaming and for recording solo musicians.

Revelator packs everything you need for your podcasting studio into an elegant USB microphone. It delivers a classic broadcast vocal sound, including presets created with the same StudioLive® digital processing used professional broadcasters all over the world. Selectable pickup patterns and an onboard loopback mixer make recording in-person and online interviews a breeze. Revelator is everything you need at a price that won’t break the budget.

Level up your game stream.

No other USB microphone provides as much flexibility when you’re streaming gameplay. Easy-to-use presets help remove keyboard clicks and polish your voice—or completely transform it. An onboard loopback mixer lets you combine gameplay audio, Discord chats, and more, all in an elegant design that looks great on camera.

The PreSonus Revelator is natively compatible with Apple Silicon M1-based Mac computers*, as well as iOS and iPadOS devices, including iPad Pro, iPad, iPad Air, iPad Mini, iPod Touch, and iPhone. Because it's USB class-compliant, there are no special drivers or applications to download and install. You'll be able to produce on the go—everything from podcasts to folk rock to trap—wherever sound takes you.

*Universal Control 3.4.2 or later is required for Native M1 compatibility.